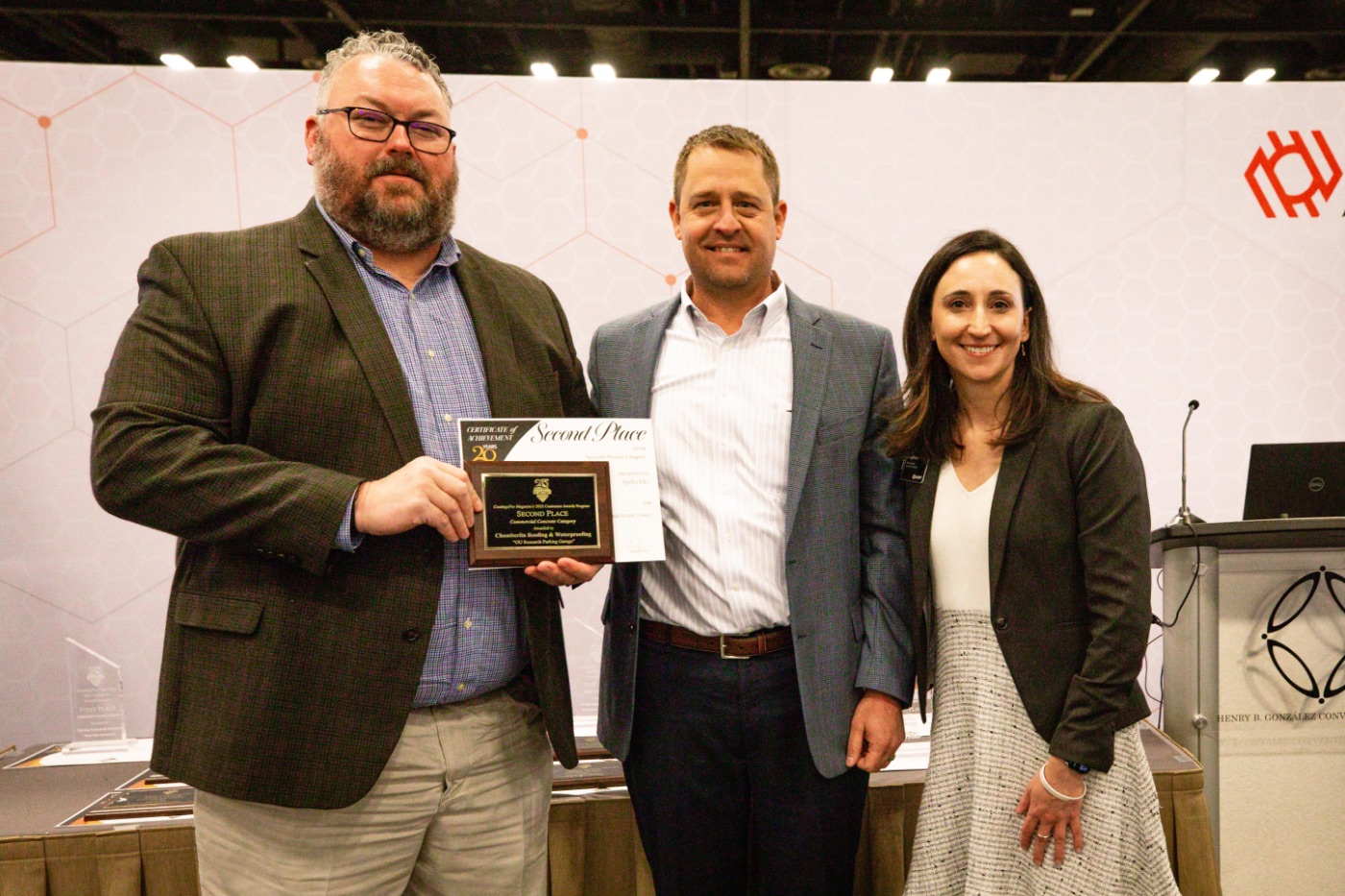 Chamberlin is honored to be the recipient of a 2022 CoatingsPro Contractor Award. During the 2022 Contractor Awards ceremony on March 9th at the inaugural AMPP Annual Conference + Expo in San Anotnio, Texas, Chamberlin was awarded the second-place award in the Commercial Concrete category for their efforts on OU Research parking garage at the University of Oklahoma in Oklahoma City. These annual awards are designed to showcase and recognize the projects and crews that demonstrate excellence in the field of high-performance commercial and industrial coatings.

Chamberlin Roofing & Waterproofing was hired to repair the concrete and install pedestrian and vehicular traffic coatings on the top deck plus stairwells. These processes included shotblasting, power washing and re-striping as well. Despite 49 days during the project schedule when weather conditions did not allow for installation, the project was still completed under budget and to the owner’s and project team’s satisfaction.

Read More About the Project 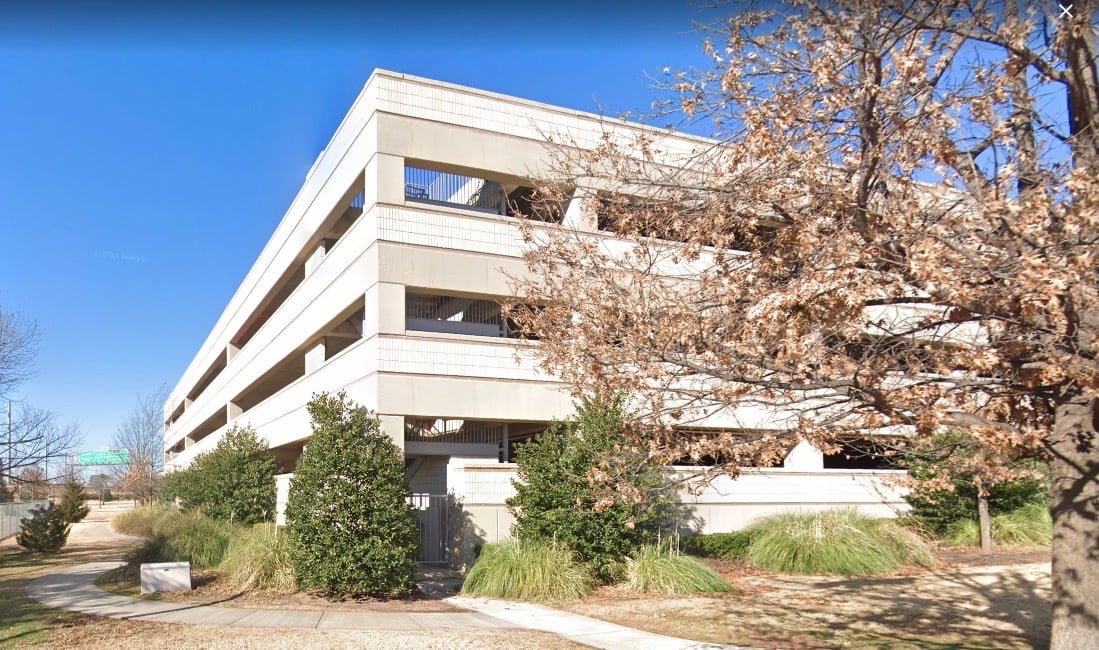 Chamberlin is honored to be the recipient of a 2021 CoatingsPro Contractor Award. Chamberlin was awarded the first-place award in the Specialty Contractor category for their efforts on Winstar...

Chamberlin was recognized by industry organizations throughout 2020 for their outstanding construction performance and excellent safety program. They are honored by the accolades and proud to stand...

Chamberlin has recently been honored to receive a variety of awards in the construction industry. Each award is judged by a panel of industry experts and are judged on various categories that placed...