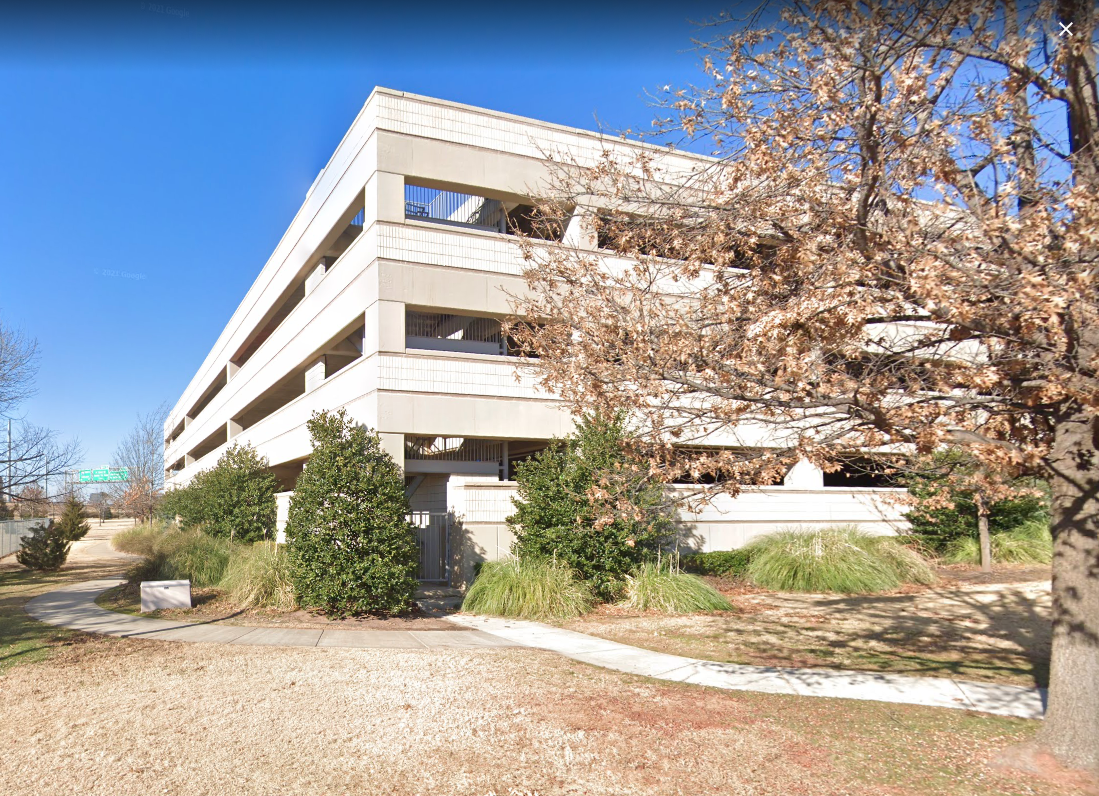 Prime contractor: Chamberlin Roofing & Waterproofing
Owner: The Board of Regents of the University of Oklahoma
Engineering firm: ZFI Engineering Co.

PROJECT OVERVIEW
The OU Research parking garage at the University of Oklahoma’s Oklahoma City branch was in need of restoration. Traffic coating and other waterproofing materials were not installed during original construction, and years of weathering and use left the concrete on the exposed top floor deteriorated, cracked and spalled. Chamberlin Roofing & Waterproofing was hired to repair the concrete and install pedestrian and vehicular traffic coatings on the top deck plus stairwells. These processes included shotblasting, power washing and re-striping as well.

The concrete repair began with chiseling out large areas of damaged concrete. Crew members chiseled down one to two inches until they reached solid concrete. The debris was removed and the cutout was cleaned before new concrete was poured. Shotblasting and power washing of the deck followed with joint sealant application to seal cracks in the concrete. Perimeter sealants were installed at transitions from horizontal to vertical. Finally, the traffic and pedestrian coatings were applied.

Chamberlin’s restoration helped mitigate future more severe damage and left the parking garage UV protected. They also identified and repaired unknown conditions once on the site. Water had infiltrated conduit embedded in one area of the parking deck. The weight of the concrete caused the conduit to crack, leaking water that had begun corroding the concrete. Discovering this from a visual survey of the garage, the Chamberlin team was able to create a plan to repair the area and stop the water infiltration. Another area was observed once on site that needed an additional drain to be installed to avoid ponding water.

Despite 49 days during the project schedule when weather conditions did not allow for installation, the project was still completed under budget and to the owner’s and project team’s satisfaction. 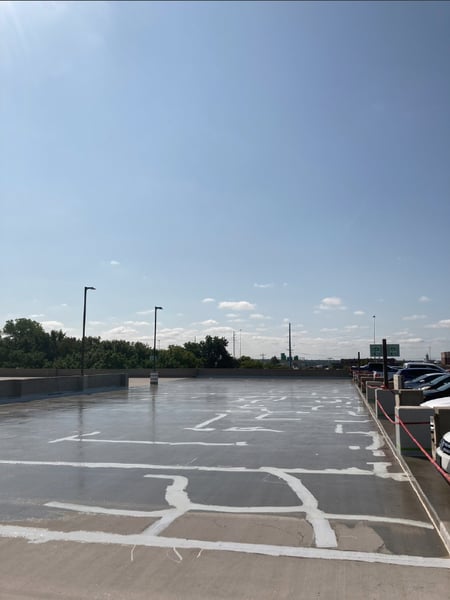 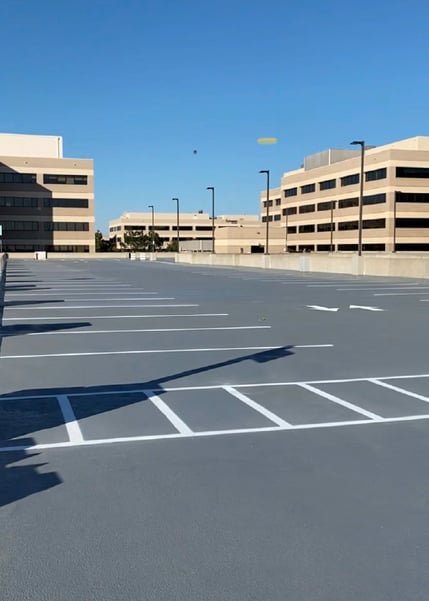 RUNNING HOT AND COLD
During the course of this project, temperatures ranged from 90 degrees to below freezing. High heat, rain days and an ice storm extended the project schedule by 49 days when weather conditions did not allow for material installation. Also, extra care had to be given to QAQC when the material was able to be installed.

The traffic coating material is ideally applied at 70°F, however it can be applied between 40 and 90 degrees. The hotter the temperature, the faster it cures. Similarly, colder temps can slow the curing process. With a four-layer system each applied at varying mil thicknesses, diligent attention was necessary for proper application. The weather causing longer or shorter curing times dictated how small or large of a section could be properly installed at once. At times, Chamberlin was installing up to 10,000 square feet of coating a day. The cure time with regard to current temperatures was a big factor when planning the schedule.

Additionally, if the air is too hot or holding too much moister, gassing can occur in the material. If this happens, it must be addressed immediately to fix the problem without causing the system to fail. The substrate was read with a moisture reader before installation to check for a moisture content of less than three percent.

QUALITY TIME
This busy campus holds a teaching hospital and university allowing students to complete their clinicals while attending school. The parking garage was needed to serve students and faculty, so it could not be completely closed during construction. Chamberlin worked on half of the parking deck at a time to keep half accessible. Great care was given to proper barricading and signage for the safety of all patrons and so curing materials were left undisturbed.

Quality control checks were stringent throughout the project. When installing the coatings, Chamberlin checked the mil thickness every 300-500 feet to ensure proper application for each layer. The manufacturer rep also visited the jobsite and was very pleased with Chamberlin’s work. 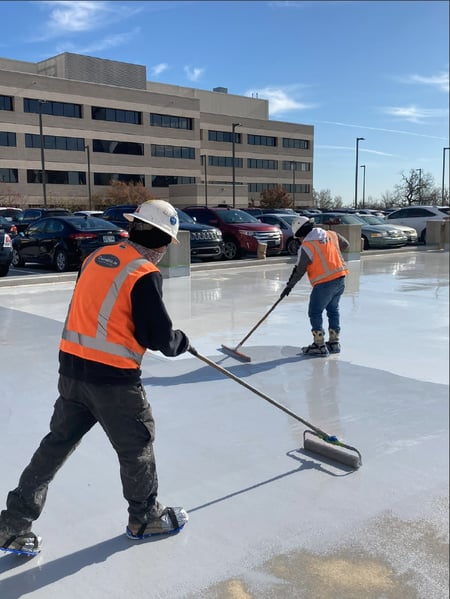 EXCEEDING EXPECTATIONS
Chamberlin’s project superintendent has many years of experience applying coatings in a variety of seasons and climates. His extensive knowledge helped create the schedule and not waste time, manpower or money when conditions were not conducive to installation. Additional coordination was needed when managing the installation of over 100,000 square feet of coatings. A roll off dumpster was brought on site and emptied once a week due to the excessive number of material buckets. The removal of the shotblasting debris required a lift due to the weight of the bags.

Despite all logistical and weather challenges, the project was delivered under budget. This was due partially to the good relationship Chamberlin’s management team had formed with the subcontractor performing the parking deck striping. A conflict arose after the ice storm when previously freshly painted stripes on the parking deck appeared corroded. Chamberlin’s project manager helped negotiate the situation to find a resolution that was fair to all. In offering to perform the power washing portion of the scope himself, along with Chamberlin’s superintendent, a resolution was reached that allowed the parking deck to be re-striped without a large cost to the striping company and no additional cost to the owner.