Why We Continue to Have the Same Recurring Problems

I have been very lucky in my life to have moved through several different professional careers beginning as a proud Auburn (War Eagle!) Mechanical Engineer in the commercial nuclear power industry supporting the startup and operation of various air containment and treatment systems. After 15 years I moved into commercial construction with a specialty noise control subcontractor and then with a roofing and waterproofing subcontractor. Another 15 years passed, and I moved back into the engineering world as a building enclosure consultant. This work history in both design and construction of enclosures allows a unique perspective for explaining recurring issues associated with building enclosures.

Here are just a few examples of typical conditions that have complex transitions between different systems and materials. This results in layering of materials from different manufacturers installed by different contractors at various times during the construction sequence.

Is it reasonable to expect the field foremen from 6-8 subcontractors and the general contractor to figure out the best method to install an air and watertight barrier at these intersections?

The typical design, bid, build process used for projects does not lend itself to quality, efficiency or value as it relates to the building enclosure. In simple terms, contributors to this process can be grouped into four basic categories that are owner/developers, designers, contractors and manufacturers. In reality, contributors become much more numerous and tend to have conflicting goals and incentives that are not always focused on the ultimate quality of the building.

Owners have a set of requirements that designers transform into a set of construction documents. As financing has become more complex and difficult, a focus on reducing construction cost and schedule tend to trump other factors when making value decisions for the building enclosure. Often an owner’s financial model does not assume the owner retains the building long term resulting in value decisions being made for a relatively short life expectancy of buildings.

Subcontractors have the most potential to impact the quality of the building enclosure.   Ultimately their application of materials in a manner that is consistent with the designer’s intent is what really matters. Subcontractors are the contributors that must understand the required detailing, material limitations, proper sequencing and exposure limitations. Unfortunately, the subcontractor is one of the last to be involved in a project and is pushed to perform with the least paid participants on an expedited schedule.

Manufacturers have continued to respond to the industry’s needs by developing new high-performance systems that are more demanding of the installing contractor with more restrictions and tighter tolerances that result in less forgiving installation requirements. Manufacturers have also become more creative with warranties that extend their traditional system boundaries and demand their systems be installed by certified contractors. Many times, this results in contractors extending their installation from the framing/sheathing and exposed cladding systems to include the air, water and/or thermal layers.

So, how do we overcome the conflicting incentives of the many contributors? Find participants dedicated to the building enclosure that are removed from the financial and schedule pressures impacting the individual contributors. Professional organizations that independently review and certify materials and contractors can be one source. For instance, the Air Barrier Association of America (ABAA). ABAA independently evaluates building enclosure barrier systems and provides training and certification to contractors for their installation. Another source may be independent building enclosure consultants that provide oversight to the entire process. This quality assurance process is now often referred to as Building Enclosure Commissioning or BECx. Building enclosure consultants have the ability to influence all of the contributors previously mentioned and can participate from the initial programming discussions to the final testing that confirms the performance of the completed building enclosure. 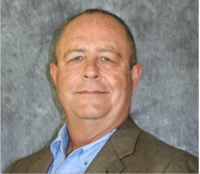