The Driskill Hotel in Austin, Texas, is rich in history dating back to the 1800s. Colonel Jesse Lincoln Driskill, a Tennessee native and cattleman, purchased the land for $7,500 with his earnings from cattle auctions.

The plot was transformed two years later in 1886 to a prominent hotel at a total cost of $400,000. It was slated as “the finest hotel south of St. Louis.” It was also President Johnson’s preferred hotel when he was in Austin. In fact, he took his future wife, Lady Bird Johnson to the hotel restaurant, The Driskill Grill, on their first date.

The hotel sits at the corner of the infamous Sixth Street and Brazos Street, in the heart of the city. Beautifully decorated with custom furniture, it boasts 189 guestrooms, 14 suites, 13 historic meeting rooms, a restaurant and The Driskill Bar, known as the power meeting spot for politicians.

Recently, the Driskill exhibited signs of water damage to the soffits and balustrades of the four major balconies – two on the Sixth Street side and two on the Brazos Street side. With Chamberlin’s extensive experience in building repair and restoration, they were brought on as the prime contractor to remediate the water intrusion and restore the balconies. The project scope included balcony deck replacement and waterproofing, balustrade restoration and façade repair.

Chamberlin Project Manager Josh Adrian said, “This is a very unique project for us because not only are we repairing the water damage, we are also trying to maintain the historical integrity of the hotel while following the Texas Historical Commission guidelines.”

As with any project where the building remains occupied during construction, there are multiple challenges, especially with a notable hotel in a prime location.

Chamberlin strictly adhered with city compliance for right-of-way for pedestrians, vehicles and partial street closures. Also, water barricades and fencing were installed around the work site to protect hotel guests, employees, and pedestrians from passing underneath the balconies where construction was taking place.

Building Consultants, Ltd. conducted a thorough building envelope investigation to uncover the extent of water damage. It was apparent the soffits were compromised, however the investigation identified other areas that needed repair as well. The consultant cut holes into the soffit to observe the structural integrity and concluded the joists were heavily damaged and needed to be replaced. The same conclusion was reached for the extensively deteriorated decks on all four balconies. 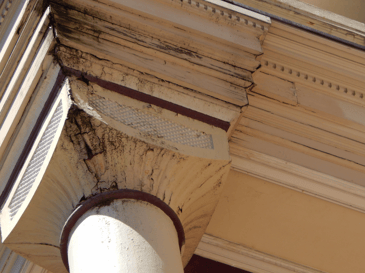 WATERTIGHT- IT’S WHAT WE DO

Once the waterproofing was complete, a three-inch concrete slab with an eighth-inch slope per foot was poured and leveled. The crew then installed plaster and sheathing at the soffits, an intricate crown molding and trim on the balustrades, and copper flashing around the perimeter of the balconies. 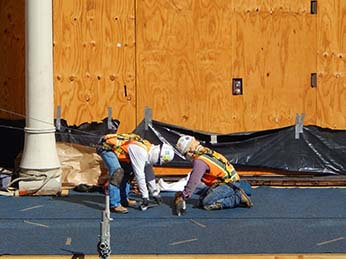 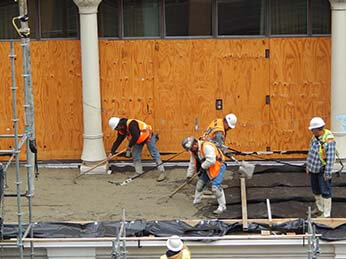 PRESERVATION OF THE BALUSTRADES

The Chamberlin project management team corresponded with an architect to discuss preserving the existing cast iron balustrades. To maintain the historical value of the hotel, the architect recommended the balustrades be removed, repaired and reinstalled instead of replaced.

Chamberlin followed the Texas Historic Commission’s guidelines for The Maintenance and Repair of Architectural Cast Iron to preserve the original balustrades.

Blue Diamond Steel was enlisted to restore the existing balustrades. During the initial evaluation, abnormally large cracks in the cast iron were observed and some sections were discovered to be unlevel by as much as half an inch. The cause of this damage became clear when the floor under the concrete was discovered to be rotten, compromising the substrate on which the balustrades rely.

The balustrades were removed by crane and transported to the Blue Diamond Steel facility in New Braunfels, Texas, for repairs. They were sandblasted to remove multiple layers of paint and expose the cracks. Then, the paint chips were tested for lead. The paint that contained lead was placed in barrels and properly disposed.

George Wells, owner of Blue Diamond Steel, explained, “Since the balustrades were made in 1886, they were most likely made with different types of iron, like brass and steel. When the time comes to weld them, you never know what you are going to run in to. It is not like welding a new piece of steel.”

Once the balustrades were fully restored and epoxy primed, they were transported to The Driskill and hoisted to their original location. 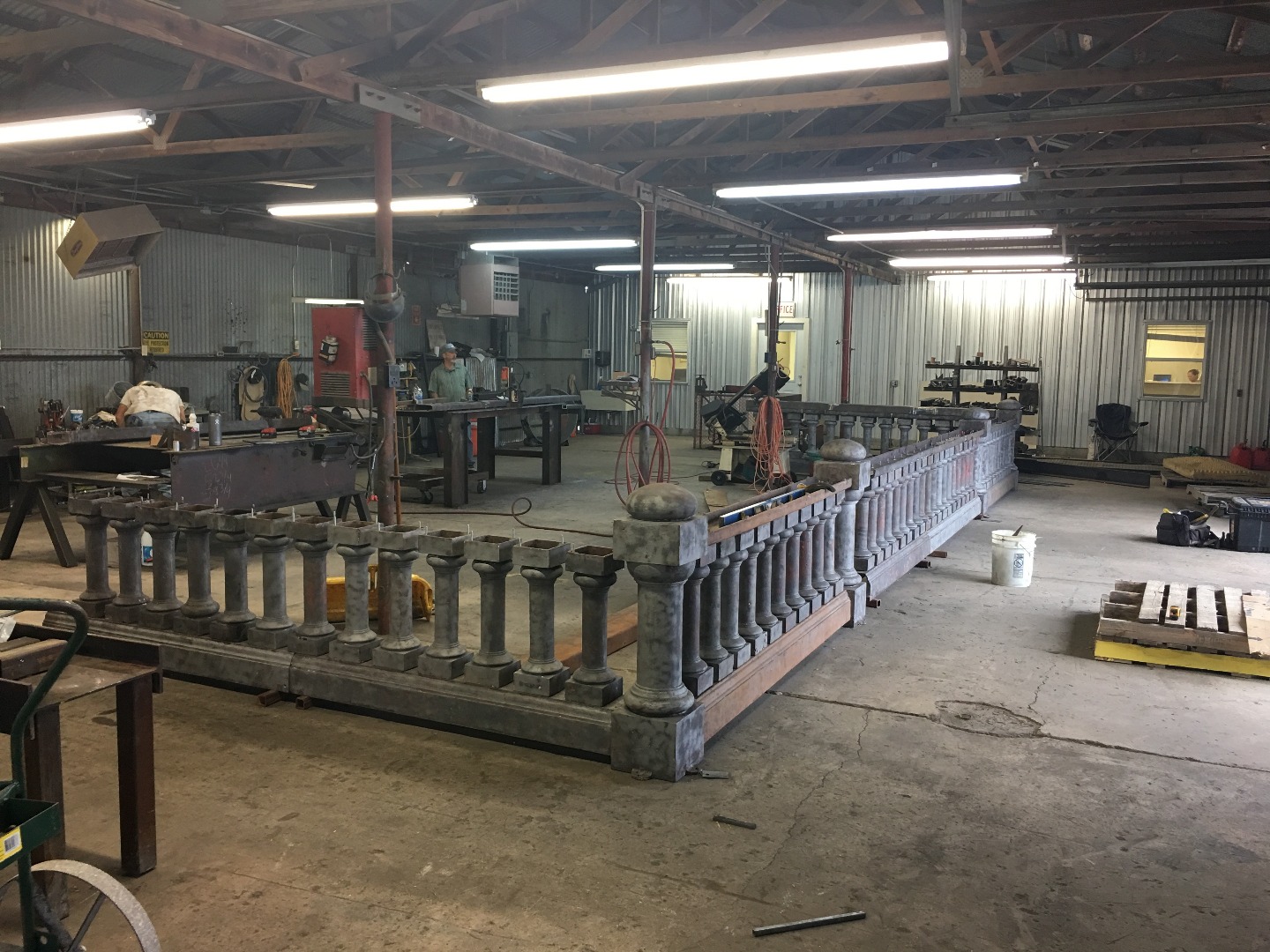 To conclude the balcony restoration, all the exterior columns, window trim, balustrades and crown molding were painted. The Driskill Hotel was left with watertight balconies that preserved the historical integrity of the esteemed Austin hotel.