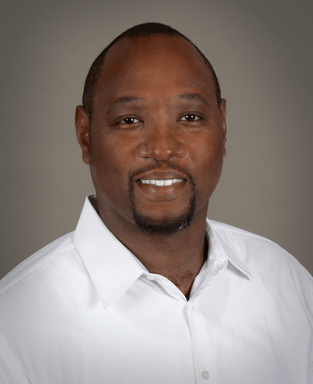 The National Roofing Contractors Association Most Valuable Player (MVP) Award program identifies and honors workers across the United States for their exceptional achievements and contributions to the roofing industry. Chamberlin Roofing and Sheet Metal Superintendent, Donald Gautier, was recognized as MVP for 2016. With over 18 years of experience, Donald displays great leadership and training skills with his crew in order to get each job completed on time and always makes the best efforts to maximize production, while always keeping safety as a top priority. Donald’s dedication to safety, quality and teamwork, along with his forethought and attention to detail, are noteworthy qualities that make him one of the best in the business.

In 2016, Donald oversaw the completion of the massive Project Delta, a corporate project just north of Houston, Texas. With almost 400 acres, 7,500 tradesmen project project-wide and constantly evolving design documents, this project held its challenges. On an aggressive schedule from the start, Donald and his crew battled weather conditions along with material and manpower mobilization issues. Regardless of the never-ending challenges, the 16 TPO roof systems that were installed based on FM uplift pressure specifications exceed the requirements exponentially. The R-Value of the highly-reflective TPO roof systems installed was also above the building code requirements. Donald and his team made sure they met strict standards of quality while being budget conscious and safe. 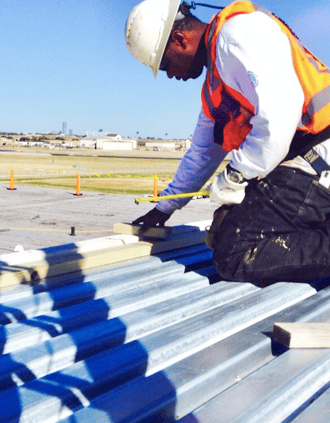 For the most challenging part of this project, Chamberlin was called upon to install approximately 600,000 square feet of traffic coating murals to the three parking garages. In addition to being solar reflective, these parking garage roof coatings were to be works of art. The architect and the owner desired an aesthetically appealing roof, not just a traditional concrete roof. They wanted each mural to depict an aerial landscape view of their plants in multiple countries where the client operates around the world. The initial idea of the design was to paint the substrate and move on, but the issue with this approach was that every proposed coating would fade to a certain degree. Chamberlin was asked to suggest a traffic coating that would not fade over time. Their experience provided them with one, but which they had only installed previously for small balcony projects, not for a project of this magnitude. The relatively new product, Vulkem 360 NF/951 NF Clear (polyurethane waterproof coating) allowed a quartz to be used in lieu of a traditional sand for the aggregate and color. In this case the quartz was going to be used solely as a fade-resistant color in a highly visible mural. Chamberlin created large samples, the quartz chosen was tested with the coating under many rigorous Solar Reflective Bake tests in order to determine the color fading and SRI value and ultimately was selected for the specifications. The entire process of system selection, system mock-ups and testing was a unique project for Chamberlin because of the artwork aspect, and Donald played a significant role in communicating with the appropriate parties and moving the project forward. 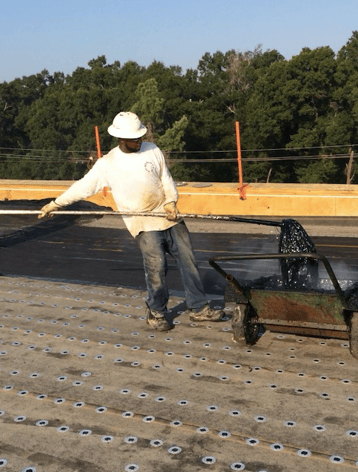 In order to replicate the drawings, the company set points and coordinates that were done through GPS vector mapping and layout. Then, Chamberlin crews applied the different colors of coating to the correct areas, careful to stay within the lines and form the correct shapes using a paint-by-numbers approach. This coating is a self-leveling material causing the application process for such particular shapes to be increasingly difficult. Additionally, two layers of the material had to be meticulously applied, making sure the second layer exactly matched the first layer's shapes and colors. In the second coat, decorative matching-colored quartz was incorporated with the polyurethane coating to create a beautiful finish. Finally, a layer of clear coating was applied. This project was monumental for Chamberlin and the entire project team holds a sense of pride. This could not have been accomplished without Donald’s oversight, determination for precision and true dedication to a job well done for Chamberlin and the client.