Chamberlin is honored to have received the Associated General Contractors (AGC) of Oklahoma Build Oklahoma Award for their work on the Winstar Parking Garage in Thackerville, Oklahoma. This awards program represents the "Best of the Best" commercial building projects in Oklahoma for the year. Chamberlin will be accepted the award at the 81st Annual AGCOK Awards Banquet on Saturday, April 17 at the Embassy Suites by Hilton Norman Hotel & Conference Center in Norman, Oklahoma.

The Winstar World Casino is one of the most well-known casinos in the world. Originally designed and built in 2011, a 400,000-square-foot, four-level, 1,400-space parking structure is located at the northwest corner of the casino in Thackerville, Oklahoma. The garage is accented with a glass fiber reinforced concrete (GFRC) facade to imitate various historical buildings around the world.

For over five years, the Winstar parking garage has struggled with water infiltration and spalling of the concrete, specifically at expansion joints and the ramp. Expansion joint blockouts were originally very shallow, which caused a multitude of failures and issues within the parking garage. The structural repairs on the ramp were extremely important to repair as the garage was becoming inoperable due to the post-tensioned cables in the concrete being exposed.

Chamberlin was selected to find a permanent solution for the expansion joints and ultimately stop the water infiltration. Additionally, their scope for the parking garage renovation included structural concrete repairs and traffic coating.

Chamberlin remedied persistent water infiltration issues, specifically at expansion joint locations, for the garage had experienced for years. They repaired and replaced 1,300 linear feet of expansion joints and 21,000 square feet of traffic coating in under a year and a half despite a limited schedule, only having one ramp to access all floors and working with a new type of expansion joint. The project concluded on time, within budget and with zero safety incidents.

The safety of the casino patrons and crew members was a primary focus which required a great amount of communication. Chamberlin created a detailed schedule and phasing sequence for the project that detailed a daily plan to maximize everyone’s time, avoid conflicts and mitigate unnecessary damage to renovation finishes. Chamberlin installed new expansion joints called Silspec 950, a first of its kind. It is made up of a compressed foam joint that has integral carbon fiber rods inside which allow vehicular traffic to drive over the joints without the need for bumpy cover plates. Chamberlin suggested the Silspec 950 expansion joints instead of regular expansion joints as they gave the parking garage a longer lifespan, higher movement and did not increase the cost for the owner. 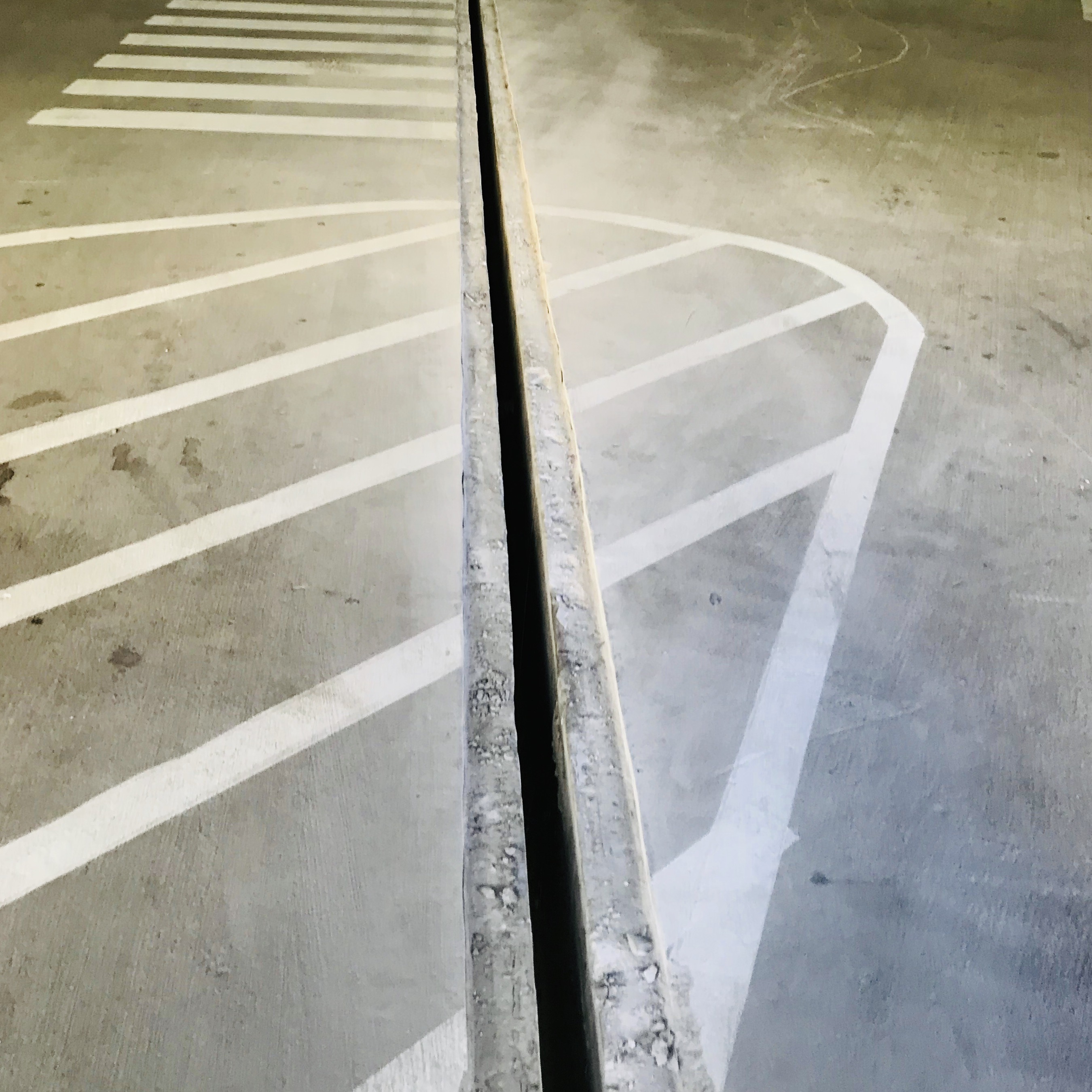 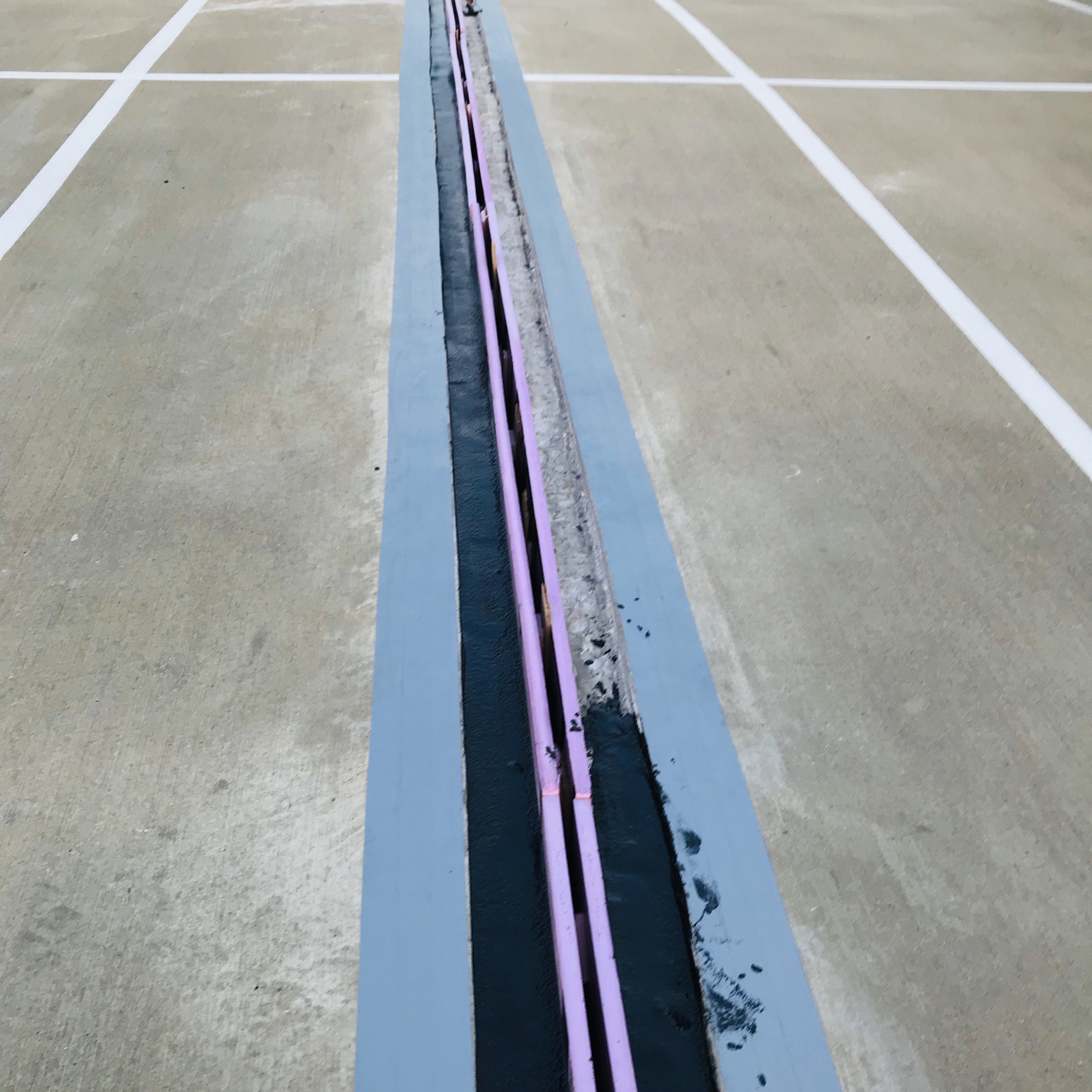 In order to begin construction, Chamberlin had to create a detailed schedule as the parking garage could not be shut down. The crew could only work Monday through Thursday because  the casino had to utilize the full garage during their busiest time, Friday through Sunday. Due to this time restraint, scheduling had to be extremely precise so the crew did not leave any partially completed areas that would restrict the use of the area. When working on the structural repairs and traffic coating they were faced with yet another challenge. There is only one ramp to access all floors of the garage. The crew worked from the top floor down and had their sequencing timed to allow multiple floors to be in use while work proceeded.

In order to keep the safety of crew members and casino goers as a primary focus, Chamberlin used barricades, warning lines, danger tape and flagging to control access points. These safety items, materials and equipment had to be moved late at night on Sundays to avoid trapping vehicles in the garage. This required full coordination with the Chickasaw Nation maintenance department. Coordination of parking spaces on levels below an active construction area also needed to be marked as “in use” so potential falling debris did not hit persons, property or cause any accidents.

One area in need of structural repairs was the blockouts and concrete inside the expansion joints as they were very shallow originally and caused a multitude of failures. To begin, Chamberlin cut out the expansion joints leaving them exposed. All joints had to be closed within the time restraint in order to protect vehicles coming in on the weekend.