Are you concerned about 1/8th of an inch? 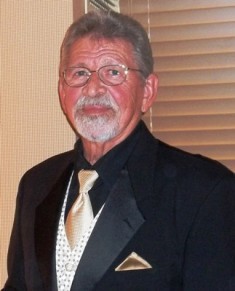 The majority of roof failure investigations I get involved with typically take place five years after installation. It’s been my experience that sheet metal issues contribute to those failures 70- to 80-percent of the time. When first arriving at a building, walking around the perimeter, observing gutter end lap joints leaking, exposed fasteners in metal fascia and bowed or buckled metal drip edges, it provides a good preview of what is to be found on the field of the roof.

It is common knowledge that metal moves, yet it seems very few designers, contractors, or installers understand how metal functions in the elements and how to install it to provide a leak-free environment.

Movement of metal is calculated by the coefficient of thermal expansion (α). The following table provides the calculated increase in 10-foot lengths per 100ºF temperature change.

Table 1, above, indicates a 10-foot piece of steel moves about one-sixteenth of an inch and aluminum moves more than one-eighth of an inch (almost twice that of steel). When designing/installing sheet metal, it is imperative that the material does not grow into lengths that will cause severe problems. My dad used to say, “Pay Attention Son!” Let’s take a look at some examples as they relate to some common sheet metal details.

Generally, the configuration of these details consists of a horizontal flange of three to four inches broke at a 90-degree angle with a face of two to eight inches with a kick-out (drip edge). Let’s suppose that when we fasten the horizontal flange, we put a fastener in the end laps. At some point in the run (assume 50 feet) we have accumulated approximately three-eighths of an inch of expansion and contraction [five ten-foot pieces multiplied by 0.08 inch = 0.4 (⅜) inch]. Where does that three-eighths of an inch go? Those in the roofing business have all seen a split in the stripping plies that cover the metal deck flange.

To eliminate the split in the stripping ply membrane, here are a few simple steps I use:

Additional Points:
1. End lap joints at inside/outside miters should not exceed 24 inches.
2. Fascia sits on the finished plies of the roof. At least one ply should extend over the edge at least one and one-half inches below the face of the wood nailer(s).
3. Both sides of the horizontal flange must be primed.
4. Mastic or sealant must be applied between the metal at the end lap.
5. The face of the fascia should not exceed eight inches without provisions for some type of metal extender or stiffener to prevent oil-canning.
6. A wind clip might be required, but depends on the dimension of the face and wind zone of installation location.
7. An ‘L’ style wind clip seems to work best, understanding that fasteners for the clip are installed in the face of the wood nailer and not on top.

There are many variables associated with perimeter fascia. Keeping the above basics in mind will go a long way to minimizing water intrusion into the roof system as it relates to expansion and contraction under thermal loads.

How many gutter joints have we all observed that leak? No matter the gutter style, a few years after installation there are leaks in some, if not all, of the end lap joints. So a repair techinician is sent to strip in the joints. Whether we use mastic, exposed sealant, EPDM membrane, etc., it’s temporary. Typically, after one cycle of seasons it will need to be repaired all over again.

As with all rigid materials, expansion is a significant design consideration in gutters. The system of gutters, downspouts and their supports must have the flexibility and strength to accommodate expansion. According to NRCA, expansion joints are suggested for gutters to allow movement caused by thermal changes. Long, straight runs should not have expansion joints space 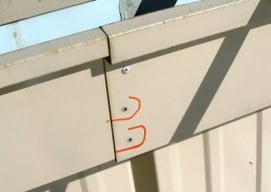 d more than 50 feet apart and no more than 25 feet from any fixed corner. Some types of expansion joints act as a water dam in the gutter. Therefore, the number and placement of downspouts will be influenced by the type of expansion joint used. As stated by the NRCA, “Using metals with high coefficients of thermal expansion, such as aluminum and zinc, should be avoided”.

I am aware there are entities that love to specify and install gutters with a deck flange. However, in my opinion, unless the gutter runs are less than 50 feet, this type of gutter profile should be avoided. I personally have been involved with four separate issues relating to gutters with deck flanges that have resulted in thousands of dollars of corrections.

When I asked a metal building manufacturer representative where his expansion joint detail for the gutter system was, he responded, “Ah Robert, we don’t worry too much about that unless the run is over 150 feet.” Think about that: 15 x 0.080 inch =1.20 inch. Where does he think over one inch of expansion and contraction is going to go? I showed him where every third or fourth section of gutter was leaking. Pop rivets used to fasten the end lap joint were either severed and/or ripped from the face of the gutter.

The following points sum up gutters:

1. Gutter runs that exceed 50 feet must have an expansion joint detail and should not contain a deck flange.

2. End laps may be pop riveted and soldered, or lapped a minimum of three inches, placing two rows of sealant between the lap and installing appropriate type pop rivets and/or sheet metal stitch screws, in two rows, spaced one inch apart staggered.

Robert J. Boessen, RRC, CDT is a Senior Roof Consultant/Project Manager with the Facilities Engineering Division of Terracon Consultants, Inc.  Robert has been in the roofing industry for 37 plus years. Robert has served as an expert witness in multiple roofing litigation issues, appointed/approved by US Federal District Court as an umpire in roofing issues. Robert has authored papers and presented seminars to his peers on the subject of roofing and sheet metal. Robert has been an active member of RCI for 20 years and serves on the RRC Exam Committee. He can be reached at 573.230.8224 or href="mailto:rjboessen@terracon.com">rjboessen@terracon.com