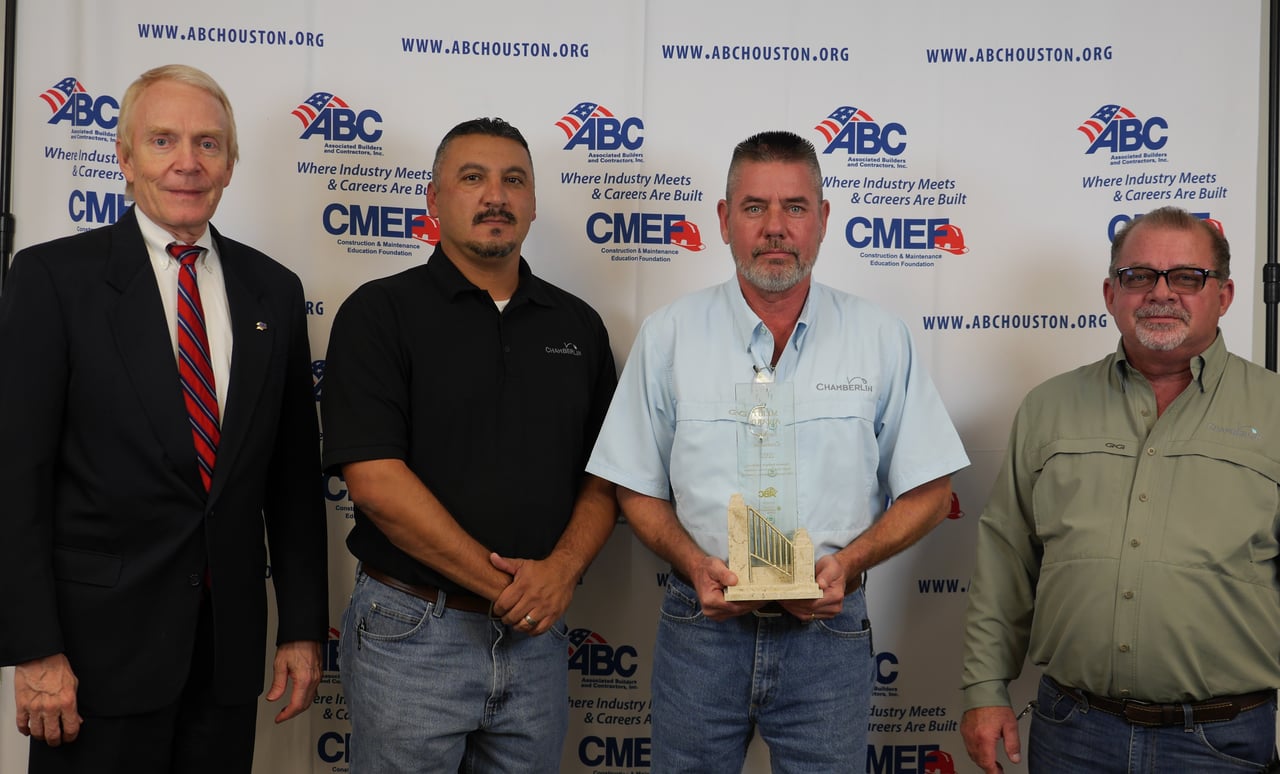 Chamberlin's hard work on the Heights High School Water Infiltration project paid off. Chamberlin is honored to receive an Associated Builders and Contractors (ABC) Excellence in Construction (EIC) Merit award from their local ABC Houston chapter, which qualifies Chamberlin's work on this project to compete at the national level.

Heights High School, formerly John H. Reagan, in Houston, Texas, is home to 165 staff members serving 3,000 students in grades nine through twelve and is part of the Houston Independent School District (HISD). This Magnet School of Computer Technology is one of three in HISD to offer an exclusive program that encourages creative, critical and reflective thinking while promoting skills for communication, intercultural understanding and global engagement. In addition to 20 Advanced Placement (AP) courses, this program helps prepare future leaders for further education and the workforce. The students receive hands-on training in one of four specialized academies to prepare them for careers in those fields.

The basement, housing an ROTC classroom in the upper half and a mechanical space in the lower half, suffered severe water infiltration issues due to unknown causes for over 20 years. Chamberlin was employed to put a stop to the leaks and seal the basement watertight. This included positive-side waterproofing below grade and a French drain installed on each side of the building.

The values and creed the ROTC program teaches its cadets how to prepare for college and their future careers. Without adequate classroom space, their learning environment was challenging, making these renovations extremely important to the growth and future of the Houston area. 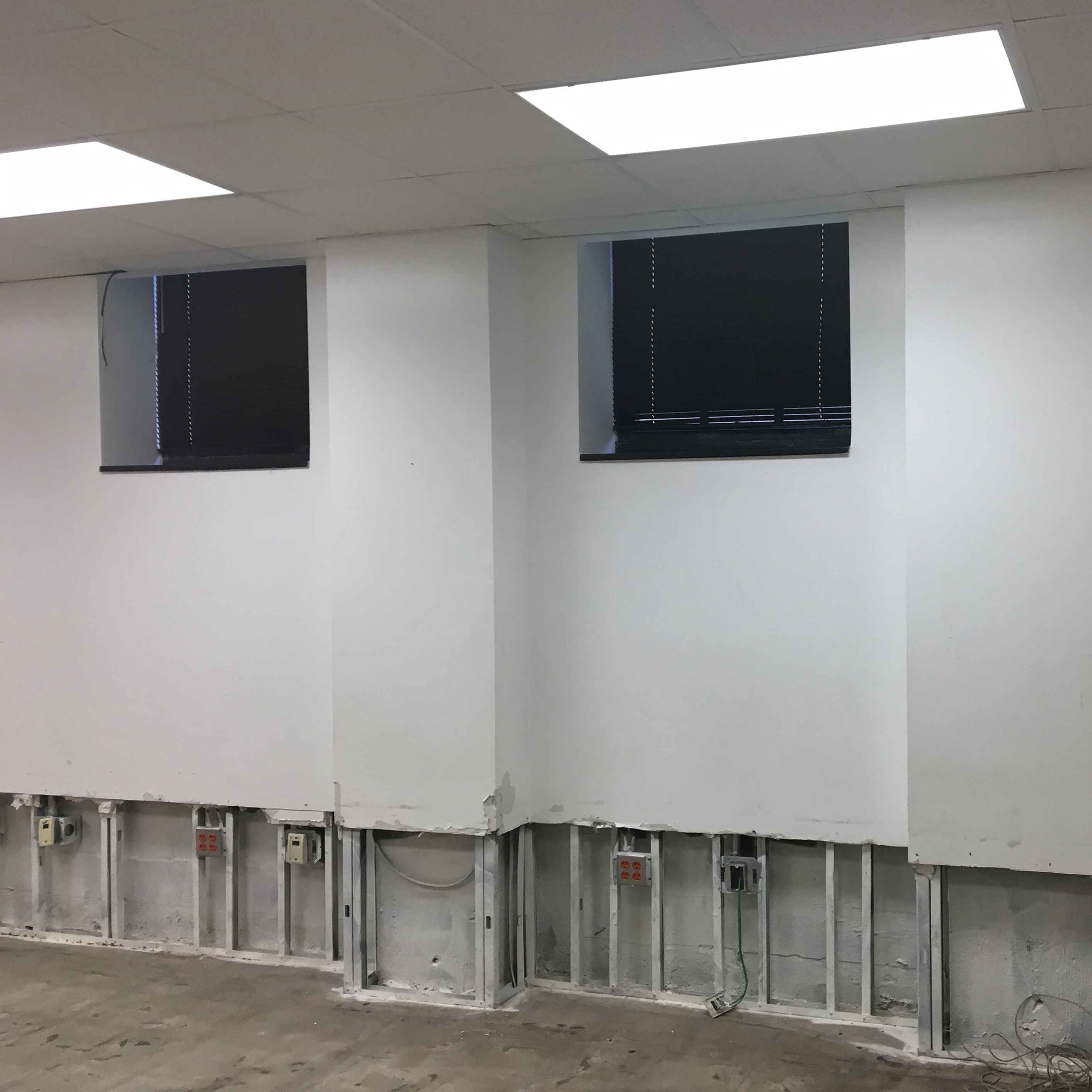 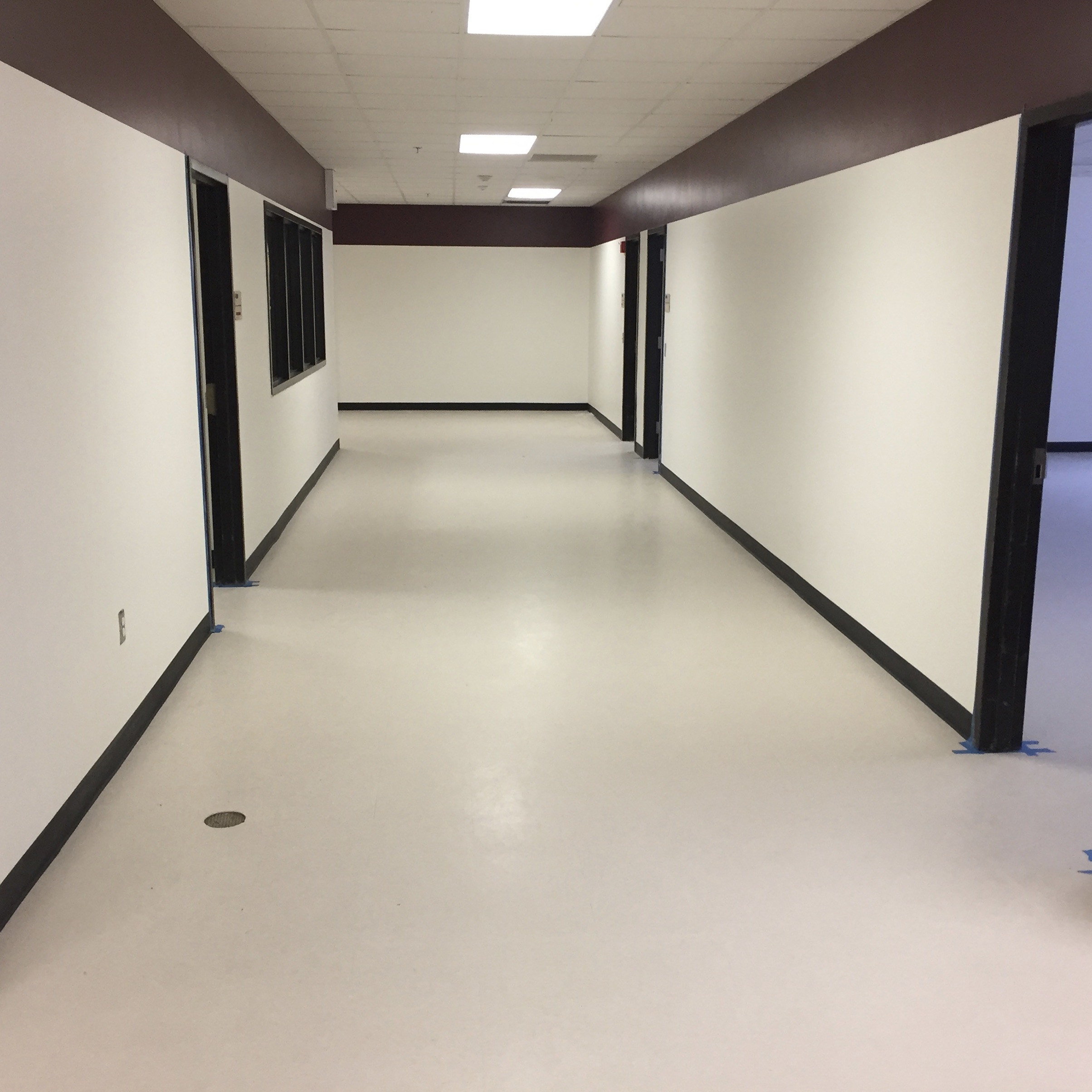 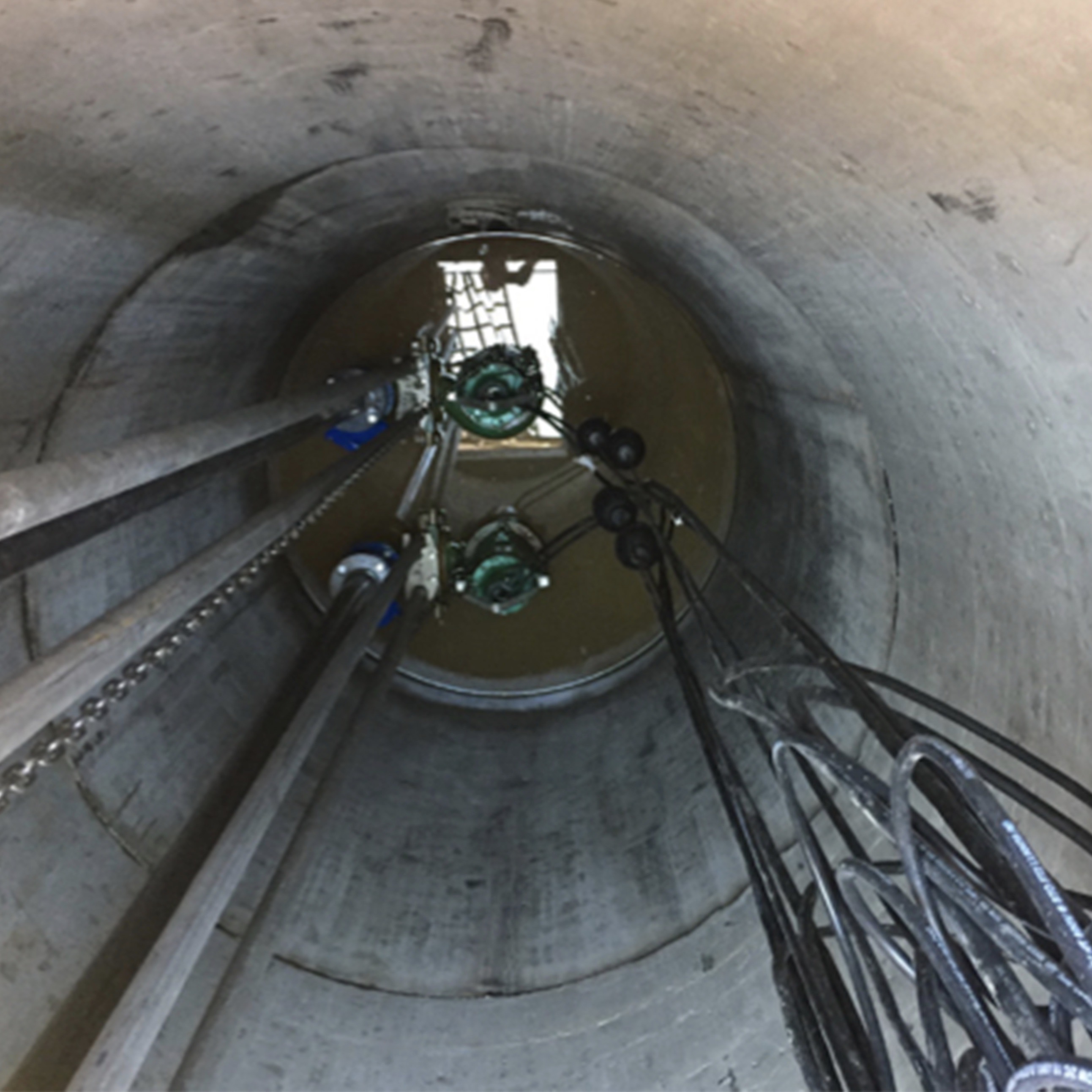 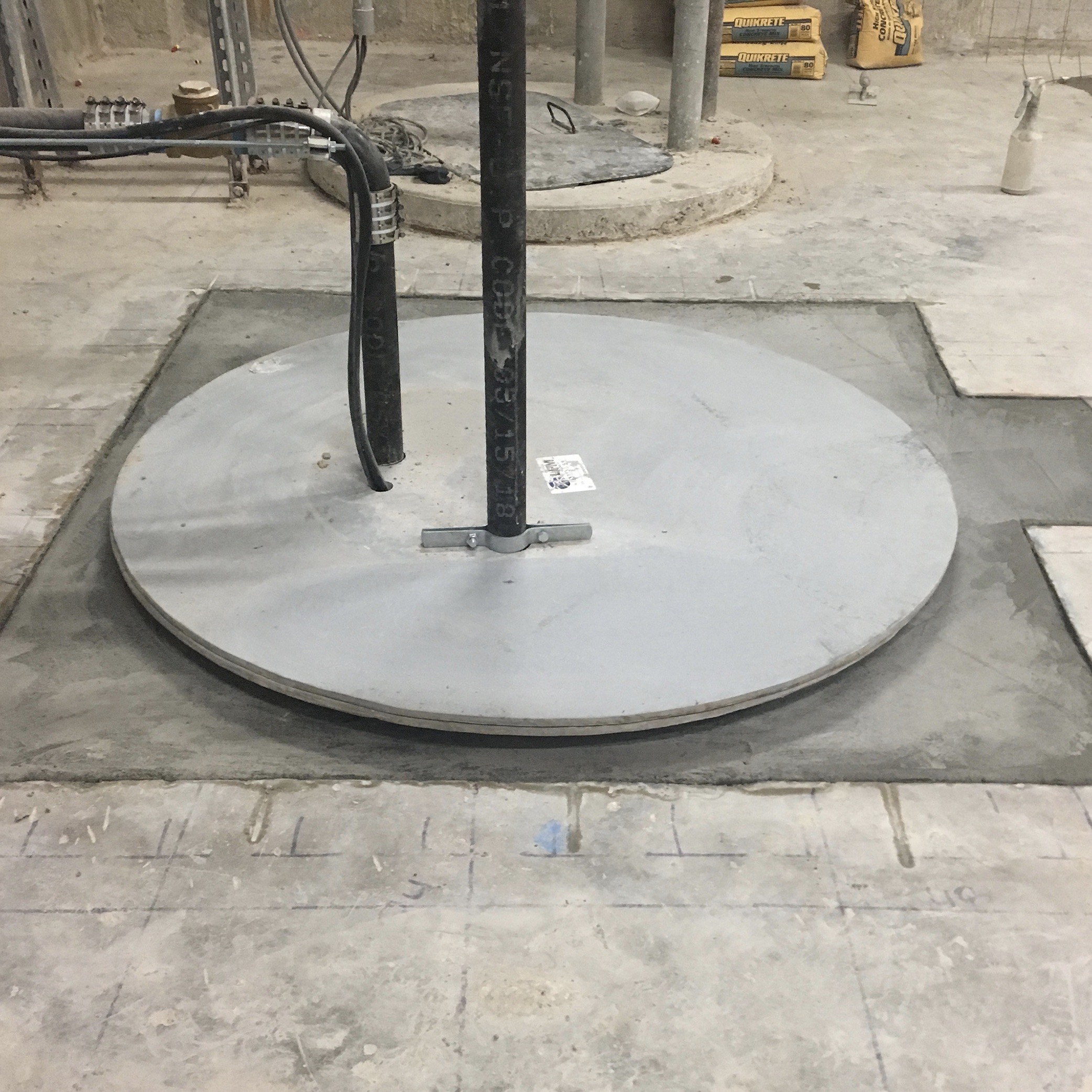 By contract, Chamberlin had 180 days to complete the project starting in April. The crew’s start date was delayed due to the ROTC class schedule. Similarly, work on the internal space was delayed until summer. Therefore, the bulk of the work was completed in approximately a 90-day period instead of the 180 days.

Once on the job, Chamberlin discovered excessive water underground around the building that reached the top of the water table which was three to ten feet deep. The water table separates the groundwater zone that lies below it from the capillary fringe that lies above it. It was unclear where the water was coming from, though it was clear this was the source of the water infiltration problems that had plagued the basement for decades.

For additional help with the underground water, two catch basin sump pumps were installed to pump any rising groundwater out of the finished ROTC classroom into the storm sump pit lift station installed into the ground in the lower level of the basement. An exterior lift station was also installed to service the French drain system.

When beginning to excavate the north side of the building to apply positive-side waterproofing below-grade on the basement walls, the crew came across unforeseen circumstances. The building is over 100 years old and, during construction, the crew discovered gas lines and underground structures that were not on the building drawings they had received. With these gas lines, it was no longer safe to excavate the north side of the building. An additional challenge was the unstable soil that would not allow H-piles to be installed deeply enough to safely secure a sheet pile shoring system to protect the excavation site.

Chamberlin’s attention to detail and expertise gained from decades of roofing and waterproofing experience helped them deliver high-quality installations for this high school. The Heights High School project was a success, and the school is leak-free for the first time in 20 years.

Chamberlin's hard work on the Heights High School Water Infiltration project paid off. The company was honored to receive an Associated Builders and Contractors (ABC) Excellence in Construction...