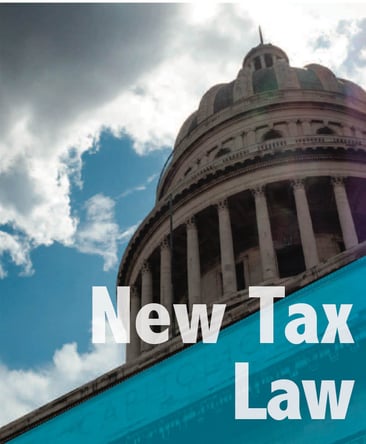 The following is an excerpt from The National Roofing Contractors Association (NRCA) about an important provision in the new tax law during 2018 which allows you to fully expense the cost of any improvements to nonresidential roofs in the year of purchase.

“NRCA is pleased the Tax Cuts and Jobs Act expands the definition of qualified real property eligible for full expensing under Section 179 of the tax code to include improvements to nonresidential roofs. Section 179 allows certain taxpayers to immediately expense the cost of qualifying property rather than recovering such costs over multiple years through depreciation. The Tax Cuts and Jobs Act significantly expands the expensing limits under Section 179 with the maximum amount a business may expense now set at$1 million and the phase-out threshold increasing to $2.5 million. These new limits are effective for properties placed in service in taxable years beginning after Dec. 31, 2017, and the amounts will be indexed for inflation starting in 2019.

In addition to expanding the amounts that may be expensed, the Tax Cuts and Jobs Act expands the definition of qualified real property eligible for section 179. As of January 1st, qualifying property for Section 179 includes ‘improvements to
non residential real property placed in service after the date such property was first placed in service: roofs; heating, ventilation, and air-conditioning property; fire protection and alarm systems; and security systems’. Given these changes to Section 179 by the Tax Cuts and Jobs Act, qualifying taxpayers (generally small and mid-sized businesses) may now elect to fully expense the cost of any improvements to nonresidential roofs beginning in 2018 and future years. Essentially, any improvements to nonresidential roofs, including full re-roofs of existing buildings, now may be expensed in the year of purchase by any taxpayer eligible to deduct expenses under Section 179.”

For more information about the benefits of Section 179, we recommend you contact a tax professional. You can also read more here.