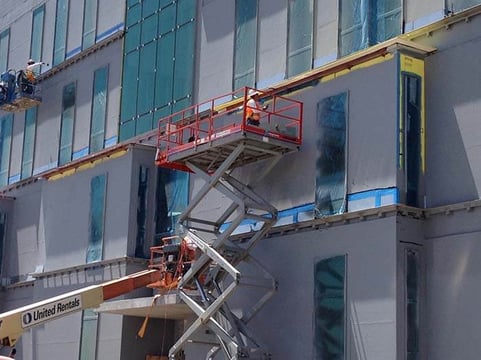 When discussing energy performance in buildings, electrical, mechanical, and lighting systems are often the first elements that come to mind since they are more closely associated with the “meter reading.” Building enclosure systems are often overlooked, but in many cases can have a significant contribution in the overall energy consumption of buildings. The building enclosure contribution to overall building energy use is a function of the occupancy, use, size and geographical location of the building. Building enclosure performance issues that result in high energy consumption can be caused by a variety of factors related to both design and installation. These can include air leakage, improper or missing thermal barriers, thermal bridging at penetrations and window openings and inappropriate selection of glazing systems.  When reviewing options for improving energy performance in existing buildings, owners and managers should take a holistic approach and consider the impact of the existing building enclosure systems on the overall building energy performance, rather than simply looking for what may appear to be the most obvious upgrade for a quick payback. 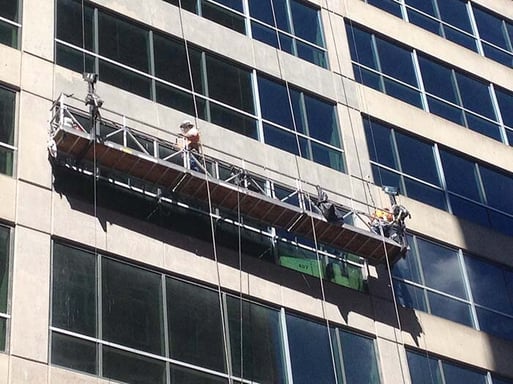 Building enclosure systems must be perfectly installed to perform exactly as designed on paper, but this is not achievable in practice given short construction schedules, cost limitations, inclement weather conditions and other factors. The nature and quality of the installation will determine how much these “deviations” affect energy performance. Small issues such as gaps in cavity insulation may be insignificant on a whole-building basis, while issues such as poor air seals at window systems can have a significant impact on overall energy consumption. However, even if enclosure systems are nearly perfectly installed it will still experience performance issues if they are not properly designed.

Once the existing performance parameters for enclosure (and other systems) have been determined, a whole building energy analysis/model can be used to compare improvements to various building systems with other existing building systems and determine their impacts on overall energy use. Modelers, and owners and building managers, must understand that variables such as occupant behavior, heating and cooling set-points, utility use, etc., cannot be reliably predicted. Although predicting actual energy use with computer models is difficult due to the wide range of variables involved, predicting relative changes in performance by improving one or more building systems is more realistic.

It is important to remember that achieving even a 100% improvement in the thermal performance of the building enclosure systems will provide minimal improvement in a building where the energy use is dominated by other factors such as lighting, ventilation or industrial processes.

We have witnessed building owners ready to commit to substantial enclosure upgrades, such as full replacement of window systems, without assessing the actual cause of poor energy performance. In these cases there may be little improvement in overall building energy efficiency and decades before the improvement investment costs are returned. The following case studies are examples of projects in which we have investigated building enclosure systems contributing to poor overall energy performance in buildings. These case studies are examples and include important strategies and concepts in assessing existing performance before considering repairs or upgrades to existing building systems. 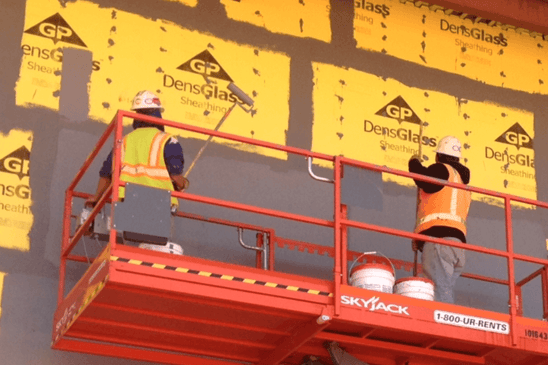 We were approached by a building owner to determine the payback period for a full window replacement project for an existing 30+ story high-rise hotel building where the majority of the cladding consists of strip windows and other fenestration systems. Existing windows included non-thermally broken aluminum frames with insulating glazing units (IGUs) without low-e or other coatings. The owner advised us that the purpose of the window replacement was not only to consider energy improvement, but to remediate widespread water leakage and fogging IGU problems.

To understand the existing energy performance of the building, we developed a “baseline” whole‑building energy model using existing drawings for general geometry and interior space layout. Adjacent buildings were included in the model to consider shading effects. We calibrated the baseline building performance by adjusting air leakage rates and other variables such as occupancy rates in the model to more closely align the baseline performance with actual utility use data.

With a baseline model complete, we were then able to adjust the window system performance and air leakage rates to assess the potential performance gain of providing replacement thermally broken aluminum windows with low-e coated IGUs. The results showed less than 1% reduction in overall annual energy use with a payback period of over 100 years. Existing internal building loads such as lighting, equipment and water use were extremely high compared to the heat gain/loss through the window systems, making improvements to the window systems less effective on a whole-building basis.

This project is a good example to show even buildings that are primarily clad with fenestration systems may achieve little improvement in energy performance by implementing a very costly and disruptive window replacement project. Upgrades to mechanical, electrical and water systems would better serve this owner for improving energy performance. However, in this case the model results were helpful to the owner in that they demonstrated how similar improvements in energy performance could be achieved by purchasing less expensive windows that also addressed their water leakage and insulating glass unit problems.

A university client approached us regarding a large, 10-story, 300,000+ square-foot facility that was experiencing high energy use and widespread water leakage in the exterior walls. The existing facility was constructed of cast-in-place concrete with thousands of window openings with translucent panels and less than 10% IGUs (the remainder being monolithic glazing). Many windows were experiencing deteriorating window films and approximately 75% experienced water leakage problems.

Similar to case study #1, we developed a whole-building energy model to perform an energy demand analysis. The analysis showed a comparison of the existing whole-building energy performance versus change in heating and cooling demands for various building enclosure upgrade options. The various upgrade options included full replacement of window systems, adding insulation to the interior side of opaque wall assemblies, adding roofing insulation by roof replacement or to the underside of the roof deck and a combination of each.

For this particular building, replacement window systems with thermally broken aluminum frames and IGUs resulted in over 50% reduction in heating demand during winter months.  Unlike case study #1, the differential performance between the existing and proposed windows was relatively high. Adding insulation to the walls and roof further reduced heating demand by approximately 6%, but was not worth implementing due to the high cost and disruption to the building occupants. For this building, with only moderate internal loads and where the enclosure accounted for a high percentage of overall building energy use, upgrades to the most inefficient enclosure systems (the windows) resulted in a relatively large impact on energy use and comparatively short payback period.

Improving building energy performance is typically more involved than simply upgrading mechanical, electrical or other internal building systems. The contribution of the enclosure to overall energy performance depends on the building occupancy, use, size and climate region.  The enclosure contribution must be assessed before undertaking repair or replacement programs that may result in little gain in energy efficiency or may create new building enclosure problems. Computer-simulated modeling combined with field investigation and practical experience are essential for effective analysis and should be considered for all building energy improvement programs.

Amrish Patel joined SGH in 2006. He has experience in the investigation, rehabilitation and design of many building enclosure systems and specializes in roofing and waterproofing. His work experience also includes construction litigation support and consulting on various building enclosure systems for a wide range of projects including residential and commercial buildings, parking structures, plazas, schools, hospitals and many other structures in both public and private sectors.