Failures From Improper Use of High-Voltage Holiday Detectors

Industry guidance and standards for the use of high-voltage holiday detectors can sometimes conflict with each other. As a result, an inspector can unknowingly or unwittingly perform the tests improperly and damage the coating without understanding why. For example, if you set the voltage too high, you can burn a hole in the coating and cause damage to an otherwise fine coating. Instead of being a nondestructive test, it winds up being destructive.

Nowadays, NACE SP0188, “Discontinuity (Holiday) Testing of New Protective Coatings on Conductive Substrates,” is widely used in the industry, and it includes a modern definition for a holiday. It is defined as “a discontinuity in a protective coating that exposes unprotected surface to the environ- ment.” In other words, it’s a hole in the paint that goes all the way down to the metallic substrate.

ASTM D5162, “Standard Practice for Discontinuity (Holiday) Testing of Nonconductive Protective Coating on Metallic Substrates,” also has a standard for holiday testing. Like NACE SP0188, it defines holiday as a term that identifies a discontinuity. What’s a discontinuity? The ASTM standard defines it as a void, flaw, crack, thin spot, or foreign inclu- sion. In this definition, it doesn’t have to go all the way to the substrate.

These two standards are used interchangeably in a lot of industries, and that creates a problem because one defines a holiday as going all the way to the substrate while the other doesn’t.

When looking at the differences between ASTM, NACE (now under Association for Materials Protection and Performance, or AMPP), and other standards, the first question to ask is what’s the minimum dry film thickness (DFT) that you can use a high-voltage holiday tester on? The answer to that varies. Each standard has a different range of voltage per various thicknesses. In some cases, the standards even contradict themselves.

Anyone who has been through AMPP’s Coating Inspector Programs (CIPs) 1 and 2 knows that the rule of thumb is using 100 volts per mil of coating thickness; however, that doesn’t show up in the standards. So where did it come from?

It turns out that 100 volts per mil came from the testing of old water pipe that had asbestos cloth and bituminous cutback — in other words, coal tar enamel — on it in the early to mid 1900s. That’s the rule of thumb they used when they didn’t have standards to do high-voltage holiday testing, and it’s survived to this day. But 100 volts per mil doesn’t appear in either the AMPP or ASTM standards. How confusing is that?

Example of a Failure 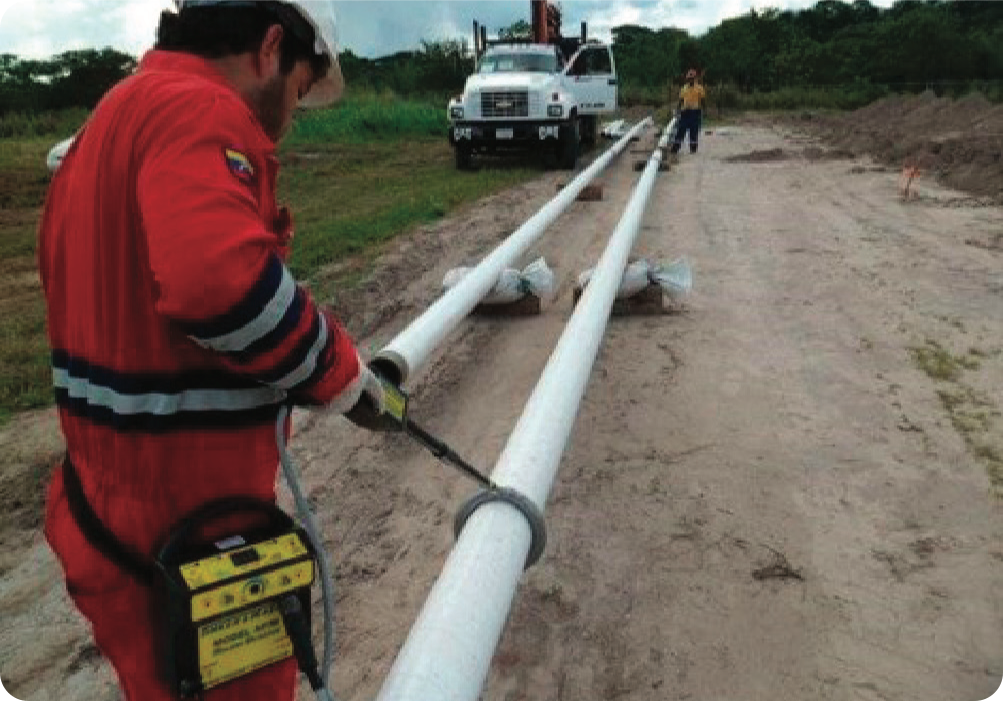 Using voltage will give meaningful results, but you don’t want to damage a coating film by using too much voltage and burning a hole in it. This is especially possible when multiple coats of different products are used. Popular references such as NACE Table 1 and the ASTM D5162 standard do not give recommendations for multiple coats of different products.

To further add to the confusion, the newer high-volt- age holiday detectors have three programmed voltage range settings in them. These preprogrammed voltage settings reflect the Table 1 recommended voltage range that’s in
the NACE SP0188 standard today; however, the detector manufacturers may not have talked to the coatings manufacturers on this. Is everybody thoroughly confused? Most people are. Here’s an example of why this can lead to failure. A recoat of the inside of a carbon steel piping system had two coats of a high-build epoxy. Each coat had a different thickness, but the total dry film thickness was 40–50 mils (1,016.0–1,270.0 microns). After the coatings cured, the inspectors then did 100 percent high-voltage holiday testing.

There wasn’t time to do a long, drawn-out failure analy- sis; that wasn’t viable. The type of detector is fine. The contractor is a good contractor. This was a brand-new holiday detector that was within its calibration — actually within its factory calibration. It appeared to be working correctly.

The contractor used the preprogrammed settings, per the dry film thicknesses, that were in the instrument, and the instrument was working correctly as it was designed to work. The contractor’s work was technically compliant with the contract documents. The contractor did not do anything incorrect within the requirements of the contract speci- fication. Unfortunately, the coating manufacturer wasn’t consulted to verify that the voltages that were used were correct for that coating system.

That’s where things went off the rails.

There was never an in situ failure analysis in the pipe or the lining after these holidays were found, to physically examine them, because there wasn’t time. What the owner decided to do was take off the affected area of coating, remove the coatings back down to the substrate, and recoat those areas. In this case, they were able to recoat them and put the piping back in service after the coating had cured. 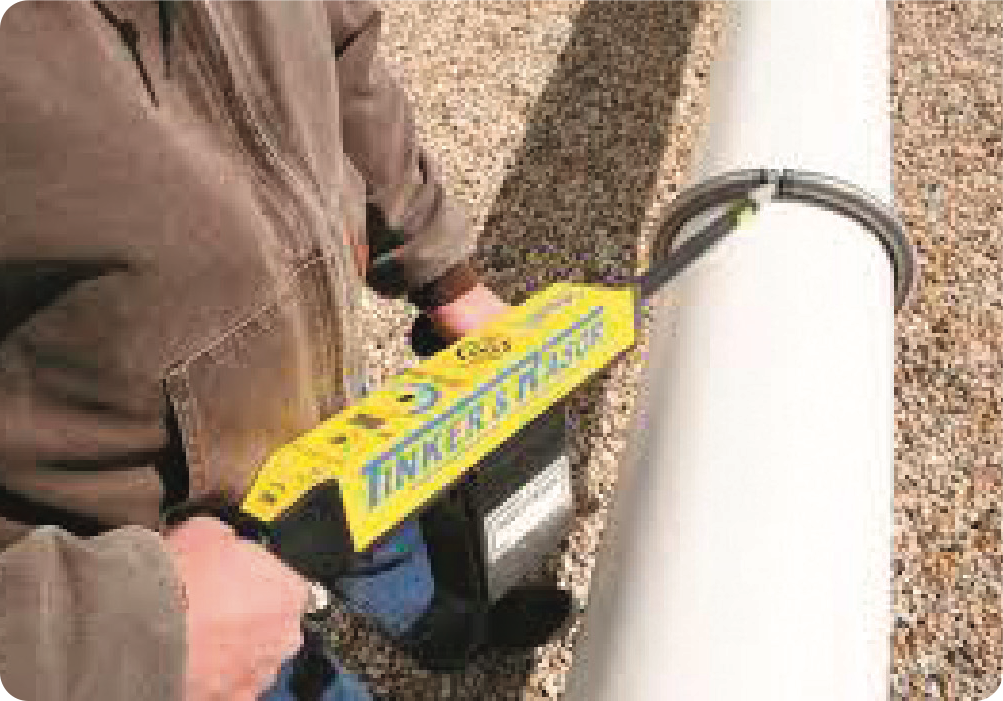 Metallic fillers in a coating will not permit, or will not present, a dielectric strength strong enough to detect holidays. For instance, inorganic zinc particles are so numer- ous and so conductive that you won’t have dielectric strength. A straightforward way to improve testing is if coating manufacturers labeled the actual voltage to be used to test coatings that they are applied properly and cured. Currently, that isn’t a requirement, but it would be useful if done.

You can also establish the voltage by using samples of the applied coating and placing pinholes. For example, there’s an ASTM standard for rubber linings. You can make a sample coupon out of the conductive substrate, such as carbon steel, and apply the sheet rubber lining or synthetic rubber lining to that metallic substrate, poke a hole into the lining until it hits the substrate, and that is your criteria for whether something is a holiday or not.

Holiday testing is very important on linings because a number of these cases of corrosion are microscopic. In the case of the ASTM standard, there could be inclusions in the coating that are conductive, and you could get a failure after you put this lining into service that you might have caught with a high-voltage holiday test. High-voltage holiday testing, when appropriate by thickness and such, is a good thing to do. 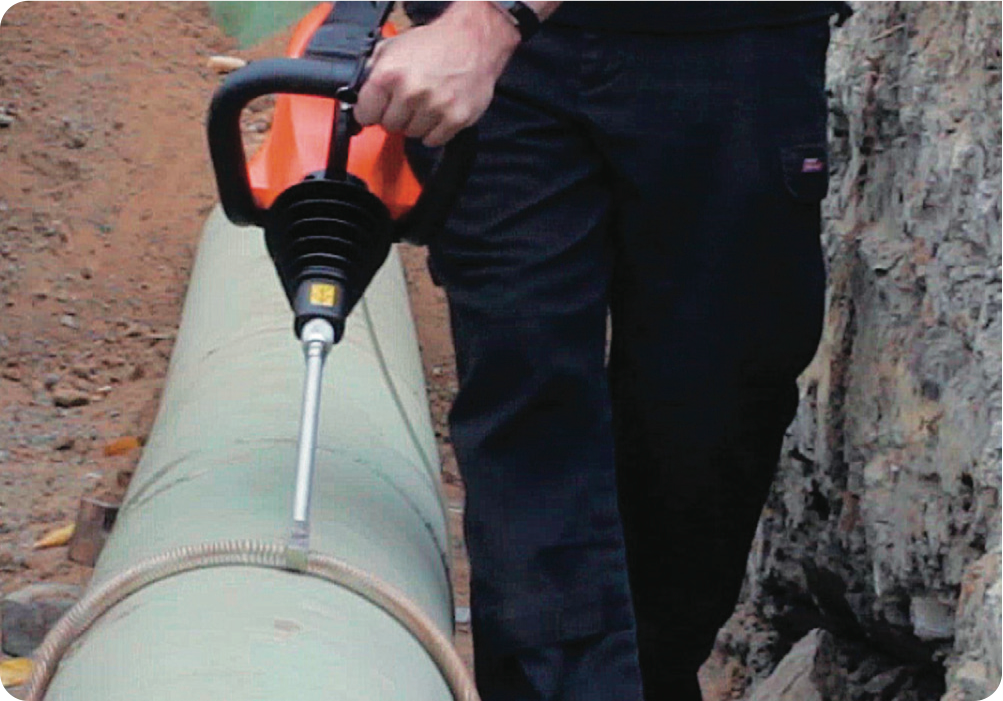 Thinner or Variation in Coats

To do it correctly, you need to know the dielectric strength of each of the coatings. Then look at coating A, coating B, and coating C with dielectric strength, knowing the thicknesses of the three coats, and calculate a test voltage.

Most modern high-voltage detectors have a sensitivity dial to increase or decrease the ability of the instrument to detect holidays. If you haven’t been trained and aren’t experi- enced with using a sensitivity dial, it could produce errone- ous results; however, the manufacturers of these devices are usually very receptive to questions and will usually offer to help get the testing right. 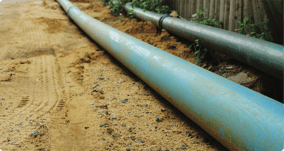 It’s important to use high-voltage holiday detectors properly to get the most accurate results. In the event of a failure due to excessive voltage, there could be liability issues to consider. My license is in mechanical engineering, so I’m not an attorney, but if a failure were to occur, the court would have to look at what percentage of the overall failure cost would be attributable to each of the involved parties in a project.

Most good inspectors will set their instrument to the low end of the range to prevent inadvertent damage. This, in addition to the other suggestions provided here, is a good practice when performing testing.

This article was originally printed in Coatings Pro Magazine in Spring 2022.

Jon R. Cavallo is a registered professional engineer in three states and holds a Bachelor of Science in Engineering Technology from

Northeastern University in Boston, Mass. Cavallo received the ASTM Award of Merit in 2010 and is an ASTM Fellow. During his 50 years of work in the coatings and corrosion mitigation field, he has gained a reputation as a world-renowned expert. For more information, contact: Jon R. Cavallo, (603) 767-8650.